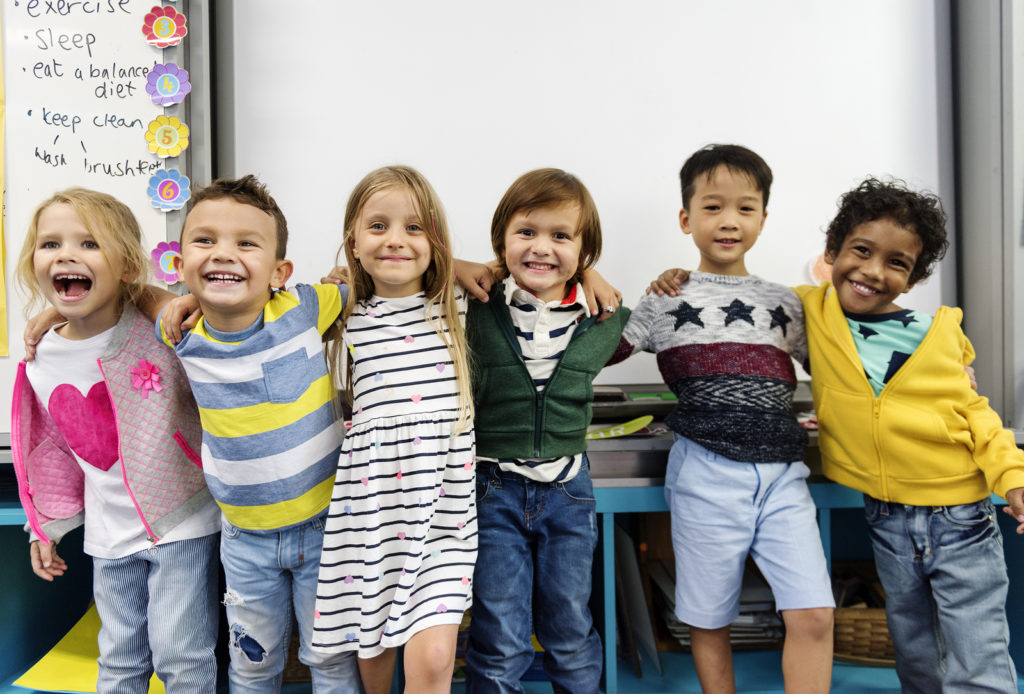 It is amazing to me how traditional but very out-of-date paradigms get in the way of progress.  At Cerebyte, we have been involved with multiple organizations lately where highly successful transformational leadership pilot tests did not lead to full programs because leadership did not believe that the changes they had seen as a result of our programs were possible. Their stereotype of “training” was stronger than their experience and numerical evidence.

During one project in particular, the leadership team said that there weren’t enough “hard skills” learned, yet we had documented that all of the “hard skills” they wanted were in fact learned and being applied. What emerged is that the issue wasn’t the skills, but that they thought you could only learn “hard skills” through traditional, instructor-led, PowerPoint-based training.

This surprising response reminded me of a situation deep in my past when I was a kindergarten teacher. In the early 1970s, I taught kindergarten in a school associated with a university Department of Education.  My class was filled with 26 energetic 5 year-old children.

Using what was the most current understanding of children’s learning at that time, I ran an “open classroom, integrated curriculum based on progressive learning methodologies.”

“Open Classroom” means that the room was set up with various learning centers (i.e. not desks in rows) such as an art center, reading center, science center and dramatic play area (initially a kitchen). Each center had multiple learning materials and activities. Kids would roam around to the centers as their motivation drove them, with guidance sometimes from me as teacher to make sure they were getting a broad experience.

“Progressive learning” means you use real events as the basis for the themes. For example, one day, one of the kids came into the classroom with a broken arm in a cast which got all the kids talking about times they had broken a bone. So, we converted the dramatic play area into a hospital room, visited the hospital, read about hospitals, asked the kids about other parts of the hospital (they identified the coffee shop, the x-ray room, the gift shop, etc.), wrote stories about the hospital, did math for the coffee shop and gift shops and measurement for the pharmacy. Eventually, the dramatic play area expanded to include virtually every functional department in a hospital with much reading and math being learned.

After a few days of dramatic play in the hospital, I noticed that the boys always played the role of doctors and the girls always played the role of nurses. I asked them why this was, and they gave me a look that I just didn’t get it and said, “Girls can’t be doctors and boys can’t be nurses.” Keep in mind that they were 5 years-old kids and, to make this more interesting, all of them had female pediatricians. The role stereotype was so strong that it supplanted their direct experience. I led a discussion that got them to revisit and change their viewpoint on this gender issue.

The impact of this play-based approach to learning was staggeringly better than traditional programs. Because we were a school associated with a university, we measured everything often with control groups for comparison. On all measures, the kids in this program jumped way ahead of everyone else, with particularly significant advances in reading levels, math levels and general satisfaction.

But one day, I overheard several of the kids talking about how they were really looking forward to going to first grade because that was “real school.” My classroom was right across the hall from the first grade class and that class was set up just like our class so I was curious about what they meant by “real school.” So, I asked them how first grade school was different from what they were experiencing. Again, they gave me the look of “you just don’t get it.” One kid said, “This is play school. First grade is ‘hard school’.” I asked them what they meant by hard school – and the stereotype jumped out. “Hard school” was kids sitting at desks watching a teacher write on a blackboard and give out assignments to fill out papers. The papers were graded and stickers with stars were given out for good performance. Teachers had wooden rulers that they would smack on the desks or blackboards to get the students’ attention.

The next day, when they came into my classroom, in the dramatic play area, I had set up “hard school” complete with desks, a blackboard, worksheets, stars and, of course, the wooden ruler. As one of the kids said, “this is really going to school.” Again, they had never been to a hard school but their stereotype was so strong that hard school meant learning and play school was just “play.”

This brings me back to the corporate environment. In a Cerebyte program, growth occurs through exposure to a stimulus then practical application to real world situation – call it “applied school.” To many people, applied school looks like play school and the programs get rejected because they aren’t “hard school.” Hard school for adults is sitting in a classroom where an instructor presents PowerPoint slides – that is learning and you learn hard skills that way and no other way.

In contrast, adult applied school, like the play school for the kids produces amazing results. Measures of practical application show that participants demonstrate use of 90-98 percent of content. Sustained use of the skills is also 90-98 percent. And, best of all, it is scalable to large numbers.

But … the stereotype of adult hard school as the only way to learn is so strong that people simply reject that idea that adult applied school can be so much better.  It simply doesn’t make sense to people. And yet, as with the kids and their doctor stereotypes, I believe that those outdated mindsets can and should be changed.

The question that you should consider for your organization — is hard school the only way you expect to learn?