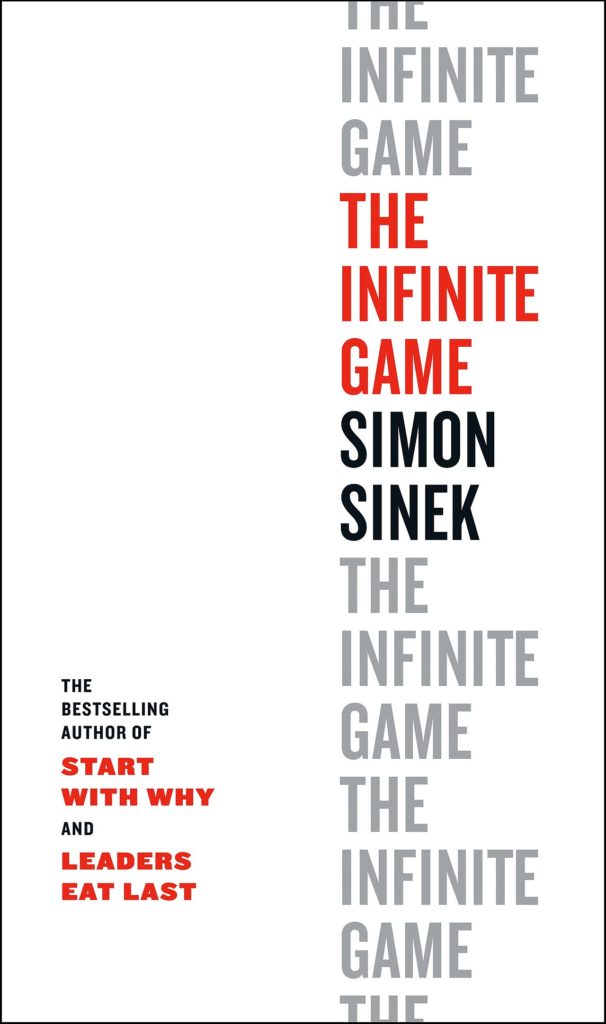 I just finished reading Simon Sinek’s new book The Infinite Game. I like this book a lot and think it is better than his previous books though it suffers from some of the same limitations as his other work. It is more a book about a business philosophy than a practical guide to organizational success – but the model it presents is philosophically compelling.

This book discusses the differences between the “Infinite Game” and the “Finite Game.” In simplistic terms, the Infinite Game is a long-term, value-adding approach to leading a company (and living a life). The Finite Game is a very transactional, short-term approach to everything. In the Finite Game, you make the quarterly numbers, and do better than your competition, and this “winning” is all that matters. His argument is that a Finite Game may produce short-term “wins” but is ultimately destructive of corporate value. In contrast, the Infinite Game does not focus on winning or losing at all but on creating something that generates sustained social value. He cites much evidence that the Infinite Game is much better for organizations because, over the long-term it generates much better financial and social results.

He goes on to describe many aspects of this model that I found to be quite interesting. I found his descriptions of Trusting Teams, Ethical Fading and Worthy Rival provocative though flawed in certain aspects. For example, the section on the negative impact of competition on performance is great. On the other hand, the focus on using a sort of encounter group to build a Trusting Team is very outdated and inappropriate.

Overall, the framework was powerful enough to get me thinking of how I conceptualize Cerebyte’s business. I believe that I and Cerebyte are playing the Infinite Game and that all companies should think that way as well.

However, the tone of the book is somewhat “preachy” and his minimal guidance for implementation, like in his other books, shows a lack of real leadership experience. His guidance for implementing the Infinite Game is mostly be courageous enough to be infinite – which is not much help – and he alludes to but does not resolve some of the profound conflicts between the models.

Similarly, in the Infinite Game, Just Cause is a critical driver of motivation and ultimately success (as compelling purpose is critical on the Cerebyte model) but he hardly says anything about how you create a Just Cause or on how to align an organization on the cause. Great concept – not much meat.

I reacted negatively to the preachy quality and to the lack of practical guidance and was close to putting the book down several times. I suspect that he would see my concern for practicality as a finite mindset being applied to an Infinite Game book – but effectively blending these two competing views is a critical issue he barely discusses.

Nonetheless, this book provides a lot of support for Cerebyte’s approach to change. His description of infinitive vs. finite is like our chart of transactional excellence vs. transformational leadership. His focus on the Just Cause is like our notion of compelling purpose. Overall, this book aligns quite well with for our methodology and the Sofia NeuroMentor technology.

If a leader took this book and combined it with our work on using the Sofia NeuroMentor to change an organization, the leader would have both a great conceptual framework and a methodology for making an Infinite Game a reality in a complex world. Which game do you want to play – finite or infinite?