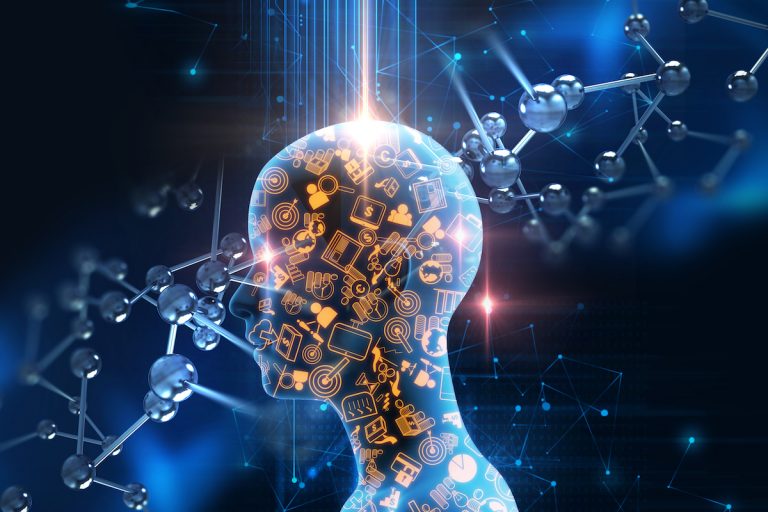 I frequently get asked: “Does your system use artificial intelligence (AI) or machine learning (ML)? As soon as people hear that our technology gives people the same experience as having a great personal mentor, they jump to the conclusion that it must be a form of AI/ML. AI in particular has received so much publicity that almost everyone knows a little about it and has an expectation that any technology that emulates a human mentor must incorporate some sort of computer-based intelligence.

Until about 20 years ago, it was widely believed that we used only about 10% of our brain. While this was an incorrect understanding of brain function – we use most of our brains most of the time – the idea that our brains are under-utilized has some merit. For example, for a long time, it was thought that you couldn’t really improve people’s functioning if they had Obsessive Compulsive Disorder (OCD) or Traumatic Brain Injury (TBI). Fortunately, research into OCD and TBI has shown that our brains can shift “thinking” and many neural functions to other parts of our brains, maintaining close to the original functionality. Our brains are far more capable of learning and adjusting than was previously understood.

Do mentors adapt their style for mentees?

Most of these questions about our AI/ML and our system seem to stem from one source. There is a widely held belief that mentors adjust their mentoring to each mentee. If the mentor adjusts, in emulating the mentor, Sofia must have a way to adjust to individual differences, which is what AI/ML is supposed to do.

Comprehensive analyses of mentoring and human processing of information shows that this is an incorrect view of what mentors and mentees do and this incorrect understanding leads to a significant under-utilization of human capabilities. Instead of adapting their mentoring to each mentee, good mentors use the exact same structure and process and similar verbal cues with anyone, anytime. Mentoring is incredibly consistent regardless of industry, job or personal characteristics.

If good mentors use the same model for anyone they are mentoring, why do people perceive that they are being treated uniquely? The answer is from neuroscience and it is called the human “generation effect” – which is the human ability to generate robust mental imagery. Using the “generation effect” mentees convert the mentor’s language it into their own concepts, language and images. As an example, think of a novel you have read where you can picture the characters and setting.

Because each of us individually generate these neural images, they are unique to each of us. They are also richer than external imagery. Think of how disappointed we are when we see the movie of the book we envisioned and of how the characters in the movie never seem quite as wonderful as the ones we pictured from reading the book. Further, because we have internalized these images, when new information comes to us, we naturally assimilate the new content and regenerate the images. The generation effect applies not only to the initial creation of an image but to the on-going enhancement of the image. This sounds a lot like what AI/ML is supposed to do but we humans do these processes naturally, incredibly quickly and for free.

Compare this to AI/ML. The idea behind AI/ML learning is to completely replace humans. AI/ML has proven to be fairly effective for highly procedural and rote tasks and thinking, but has not been as successful for complex decision making and subtle judgements. It also tends to rely on projections from past knowledge, which makes it poor at generating innovations. For example, AI/ML would not have predicted the invention of the iPhone. Finally, AI/ML is very expensive.

Given what we now know about AI/ML versus human intelligence and learning, investing in people is much better than investing in AI/ML. Is that a shock? Probably, but we humans just aren’t as “cool” as stuff you think you can do on a machine.

Your choice – invest in your people with the advances in the neuroscience of learning or pay a lot for AI/ML that doesn’t accomplish what you want.